What your poop says about your health 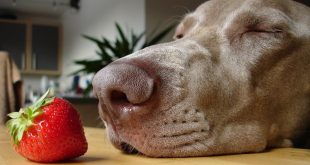 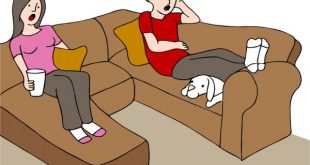 10 everyday habits that can damage our health

You probably don’t talk about your poop much. You might not even like to think about it. But what you pass into the toilet can tell you a lot about your health. Size, shape, consistency, color and — dare I say it — even smell can hold important clues about your well-being.
If you don’t already, start paying attention to your bowel movements and see if you can identify any of the following characteristics. Chat to your doctor if you have any concerns.
Poop color explained
According to WebMD, many different shades of brown and also green are considered healthy, but other colors can indicate diet or health issues:
Green stool
This is relatively normal and is usually due to your diet. Green vegetables or even iron supplements can turn your stool green. Loose bowel motions can be green because the bile from your stomach hasn’t stayed in your digestive tract long enough to turn brown. 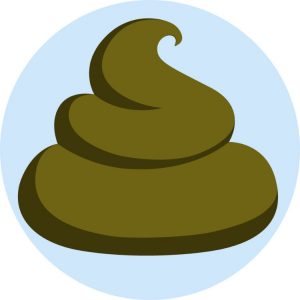 Yellow stool
This is also relatively normal, but if it is greasy or has an offensive smell, it could be a sign that your body isn’t digesting fat effectively. This could be a sign of gastrointestinal issues like celiac disease. 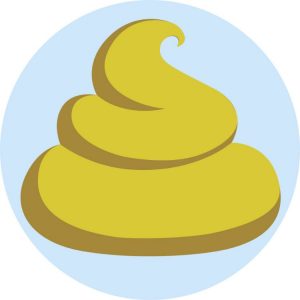 Pale stool
Some medicines can turn your stool a pale color, but if you are not taking any medicines, then this can be a more serious issue because it might signify a lack of bile (which gives normal stool its brown color). Liver disease and gallstones are two issues that can result in very pale stool. You should consult your doctor if this applies to you. 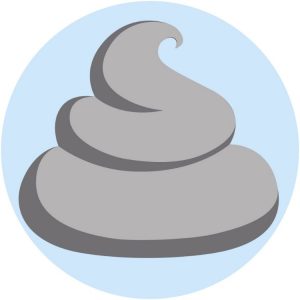 Black stool
This can be caused by supplements or medication, and by some foods. However, black stool is commonly a very worrying sign that there is bleeding in your intestinal tract. This could be a stomach ulcer or a gastrointestinal issue, but it’s also a common warning sign of cancer. 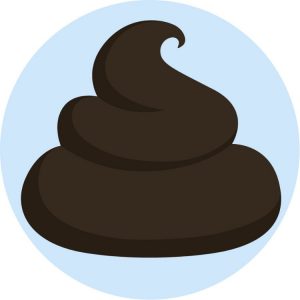 Red stool
The same rule applies here. If you’ve eaten beets, for example, your stool can quickly become an alarming shade of red, as can your urine. However, if the redness isn’t related to your diet, then it signifies bleeding. This can be caused by hemorrhoids or inflammatory issues like colitis, or it can be a sign of a tumor or growths in your colon. If your stool is red or black and you haven’t eaten anything unusual, speak to your doctor. 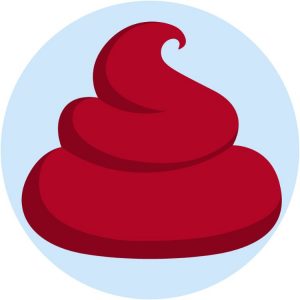 Consistency and shape
Hard-to-pass small pieces
If you’re struggling to pass a bowel motion, and when it does come out, it’s in small, hard pieces, you’re constipated. According to Prevention, the most common cause is a lack of fiber in your diet, and the majority of American adults consume nowhere near the amount of fiber they need for healthy bowel movements. Stock up on fruit and veggies, whole grains and nuts.
Sausage-shaped, lumpy or cracked
This is relatively healthy, as long as it isn’t too difficult to pass, but it does signify some minor constipation, according to WebMD. You shouldn’t take more than one minute to pass a bowel movement. 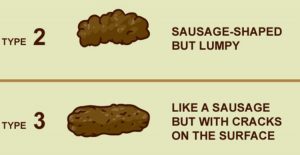 Loose
We’re not talking diarrhea here, which can occur from a thousand different causes. We’re talking about consistently loose stools, which you could potentially pass several times a day. Prevention explains that this could be due to celiac disease, which means that your body can’t cope with gluten. More than three-quarters of Americans who have celiac disease don’t even know it, so chat with your doctor about having a simple screening to determine whether you could be one of them.
Pencil-thin
According to Prevention, you shouldn’t have pencil-thin bowel motions for more than a day or two. If you do, consult your doctor. It can be an indication that there is a blockage, such as rectal cancer.
Floating
Generally speaking, healthy bowel movements should sink. If they float, it can be a sign of a high-fat content. This can be symptomatic of a number of bowel issues.
Slim and softThis is the ideal poop, according to WebMD. It should hold together in one piece but be very easy to pass
Smell
All bowel movements smell offensive; that’s normal. But “foul-smelling” stool is when it smells noticeably worse or unfamiliar. According to Healthline, foul-smelling stools can be caused by a number of issues, some more serious than others. It can signify malabsorption, which is when your body isn’t taking all the nutrients it needs from your food. This can be a sign of celiac disease, ulcerative colitis or food allergies. It can also signify infection or can be caused by medication or dietary issues. It isn’t usually serious, so wait for it to clear up over a couple of days. If it persists, chat with your doctor
It might be embarrassing to talk about, but if you have any noticeable changes in your stool — size, shape, consistency, color or smell — you should have a chat with your doctor about it. Most often, it’ll just be a matter of dietary issues, but our bowel movements can show some of the earliest warning signs of more serious health concerns. So next time, have a quick look before you flush!
Share